Skip to content
Southern Star is a  Nordhavn 47, hull #18. She was built by an American company, Pacific Asian Enterprises (P.A.E.) She was commissioned in 2004, named “Borealis”( means Polar Northern Lights) and lived on the Columbia River in Oregon, USA. She was sold in 2006 to a Kiwi named Peter Mott.

Peter and a skipper sailed her down to Mexico where she was freighted to Auckland, New Zealand. Peter and his wife Angela, renamed her “Southern Star”. She lived in the Viaduct Harbour Marina until Robbie and Jo brought her in August 2013. She is registered as a New Zealand vessel, registration number NZ1264.
After Robbie and Jo Ashton purchased Southern Star in Aug 2013, they sailed her most of the rest of the way around the world, and in Dec 2016, Ted and Jenny purchased her and took her over in Florida.  They are now cruising her off the US East Coast and the Bahamas, with a loose plan to return to NZ with her over time.
Southern Star weighs about 45 ton when she is fully loaded with fuel and water, she is 47′ long, her beam is 16′ and her draft is 6′. She carries 5,600 litres/1600 US gallons of fuel and 1514 litres/400 gallons of water. Her range is approximately 3,000 nautical miles, depending on cruising speed. Her average cruising speed is around 6.5 knots per hour. Her hull is constructed of hand laid laminated fibreglass.
Southern Star has two staterooms (bedrooms), two bathrooms, a galley( kitchen), saloon (lounge room), pilot house with a  stidd Captains chair, a daybed and small table and lots of electronics. She has a flybridge and a large upper deck which houses a  centre console RIB and  hydraulic davit (crane) to lift it on and off.
The engine room is spacious, with stand up room all round the main engine. She has  two engines, the main is a Lugger (John Deere) 174 hp, model LP668T Turbo charged keel cooled with a dry stack exhaust. The wing (backup engine) is a Yanmar model No 3JH3E 40 hp continuous duty. This is a fully independent engine with its own fuel tank and fold up propellor.
Southern Star is well set up with a lot of electronics, safety equipment and very comfortable living spaces. Some of her equipment includes:

• Saltwater wash down on bow and stern

•Simrad autopilot is interfaced with radar, GPS and chart plotter

• Custom roller shade and screens for all four hatches 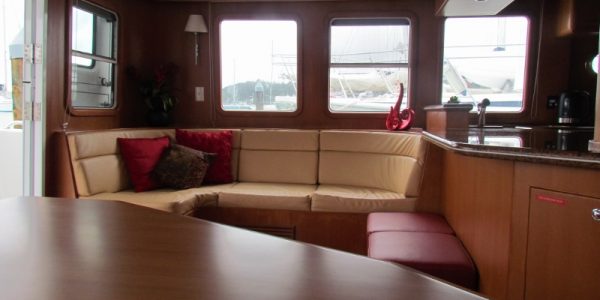 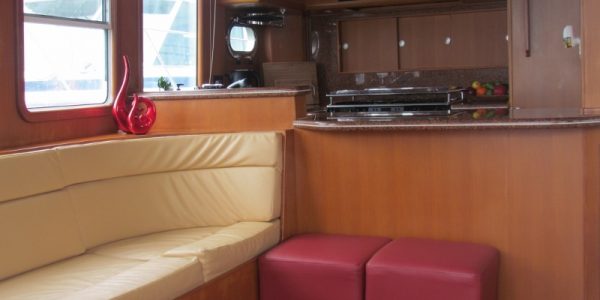 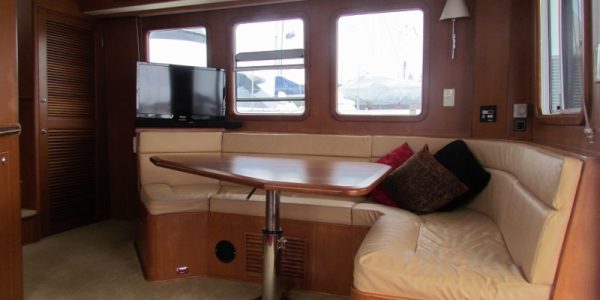 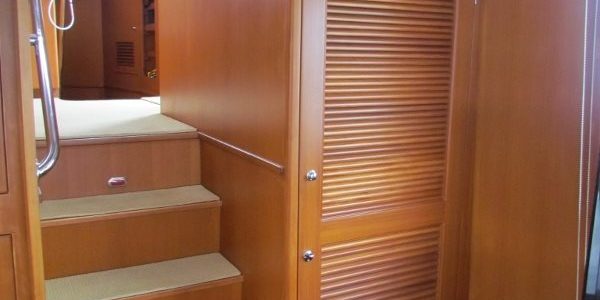 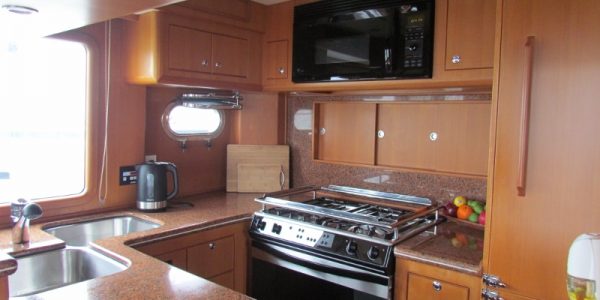 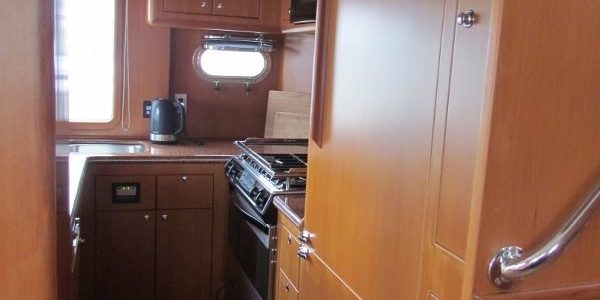 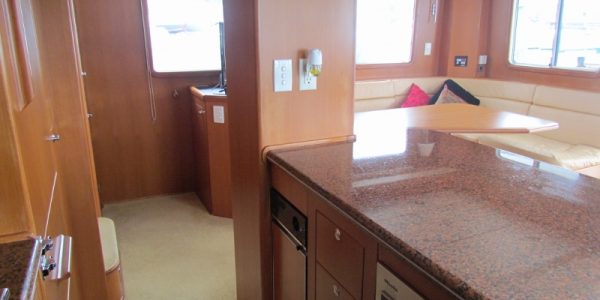 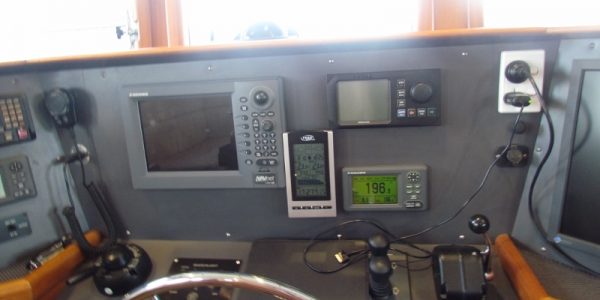 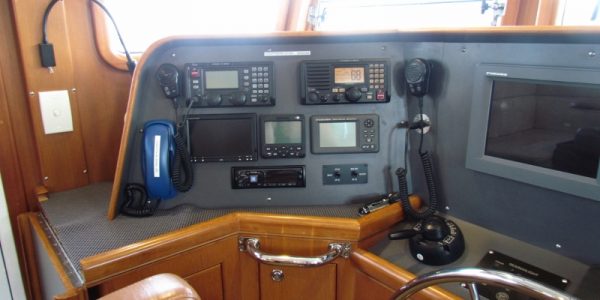 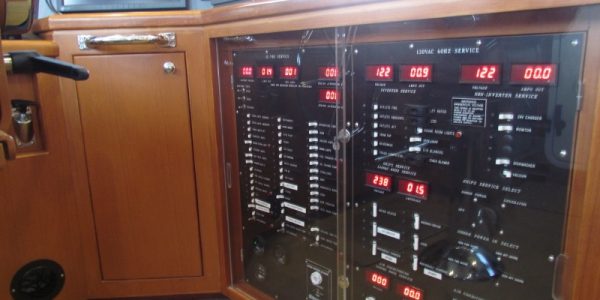 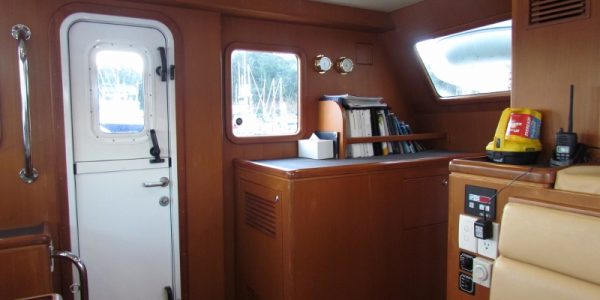 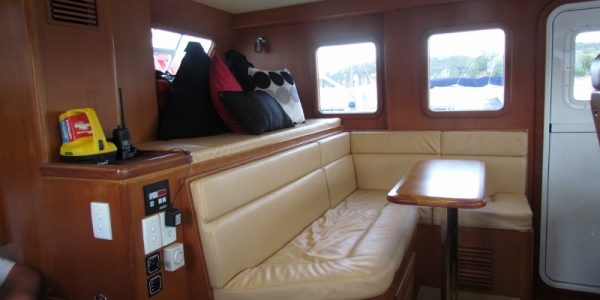 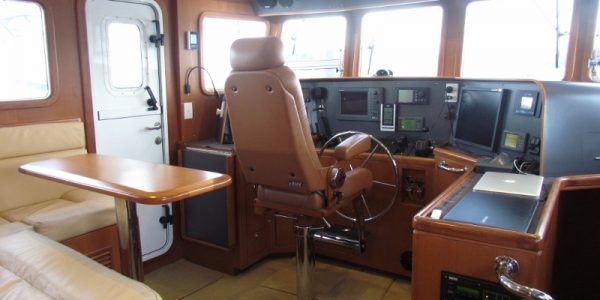 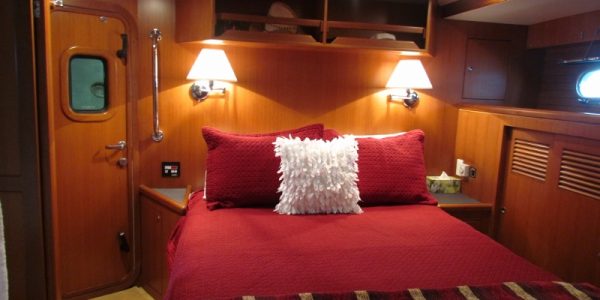 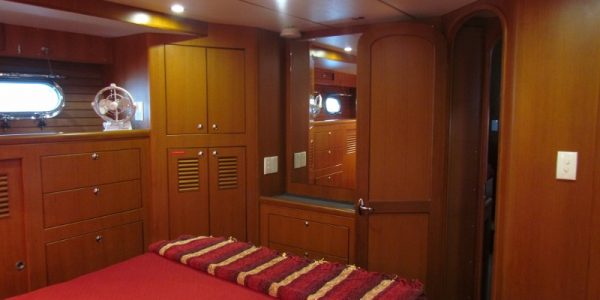 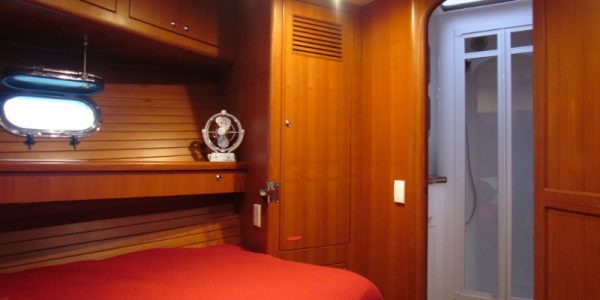 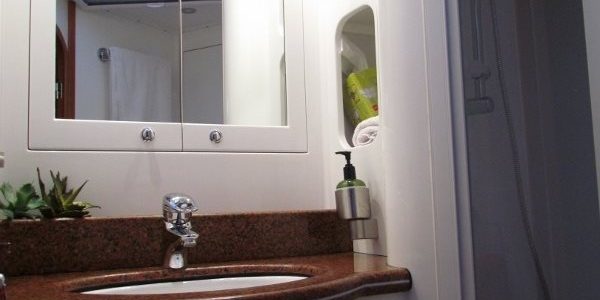 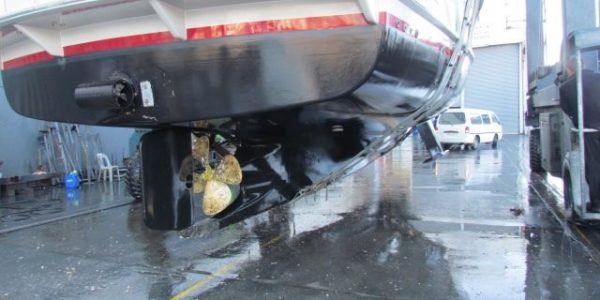 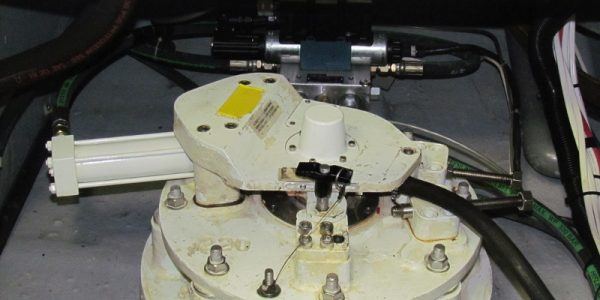 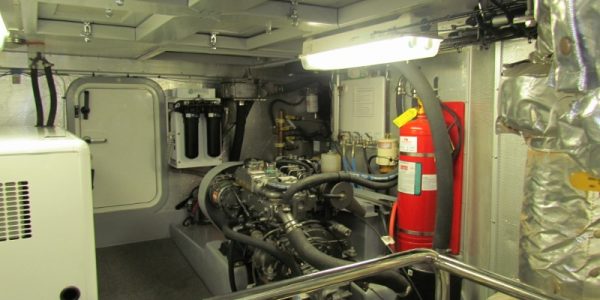